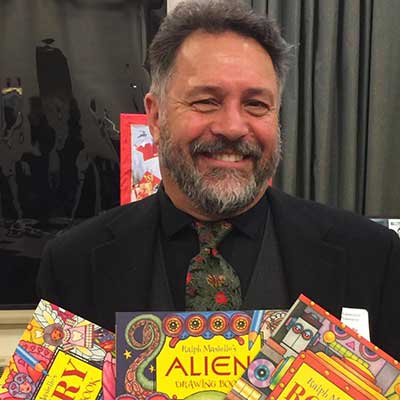 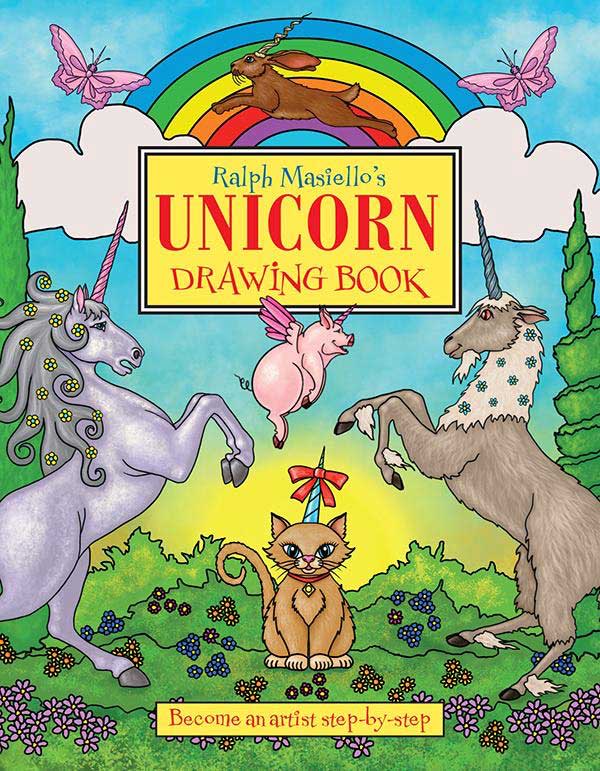 Ralph resides in the state of Massachusetts, USA, where he lives with his daughters Alexa and Talia. A graduate of the Rhode Island School of Design (BFA, Illustration, 1985), Ralph has illustrated for magazines, newspapers and books, created posters and prints, and shown his fine art paintings in galleries throughout the world. Since 1987, he has visited over 2,800 schools all over the world, inspiring children with his life story, humor, and art. While visiting schools, he is often inspired himself by the enthusiasm, creativity, and hard work of the students and teachers. This led him to create his unique “How to Draw” book series. In 2011, his work appeared in a strange and mysterious book called The Mystic Phyles: Beasts. Newest in the series his series of How to Draw books is the Ralph Masiello’s Unicorn Drawing Book. March 2020 is the release of his Fantastic Fruits: A Grimal Grove Coloring Book, which is about rare and unusual tropical fruits.  www.ralphmasiello.com

1. I have an imaginary friend…ask me about him!
2. I race motocross (dirtbikes) and still jump over 90 feet in the air! I’m 58 and still a kid.
3. I was raised by dragons. Just kidding!
Alternate fact: My oldest daughter, Alexa, has Rett Syndrome. Google it!
Alternate fact 2: I have actually visited over 3300 schools since 1987.