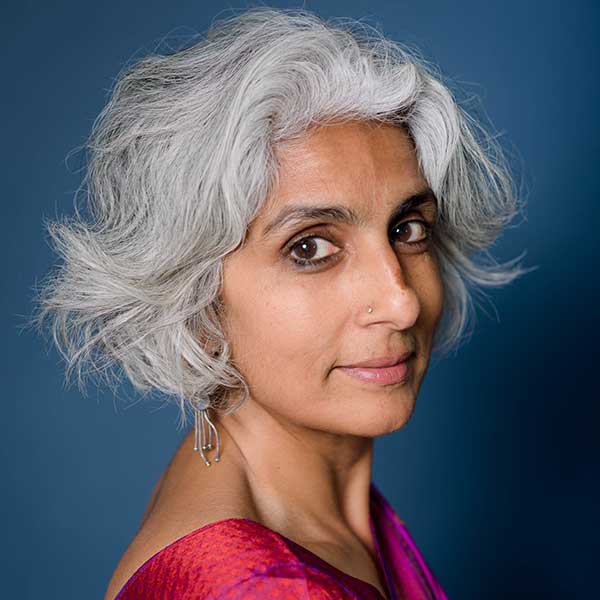 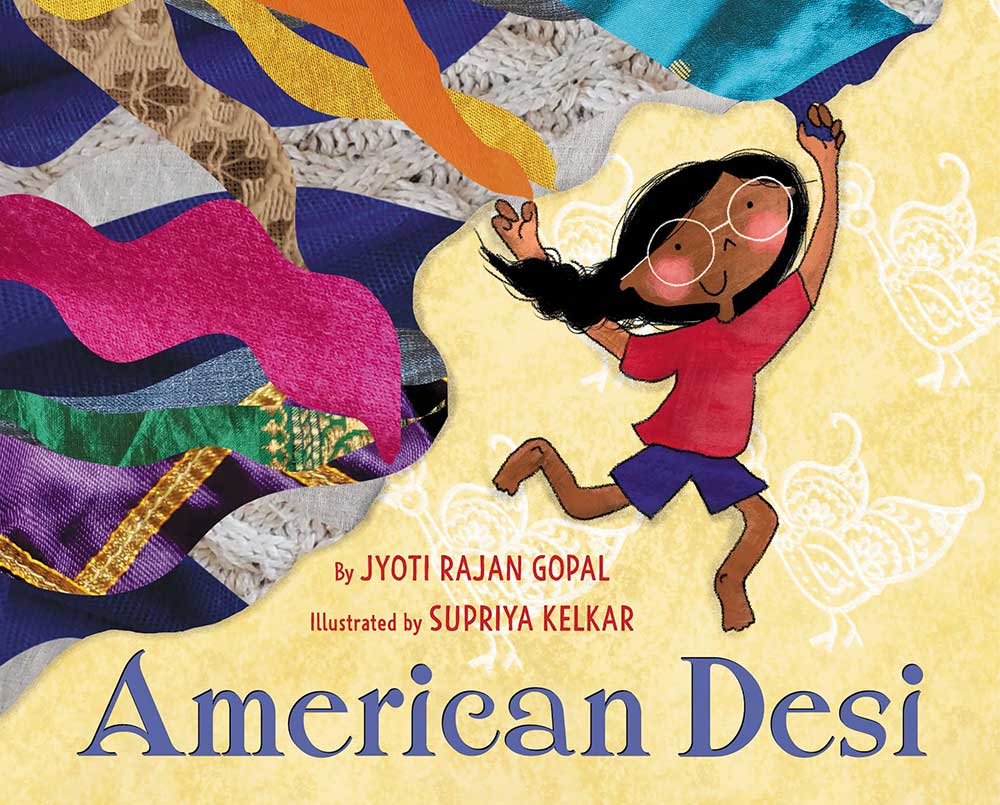 Growing up, Jyoti lived in Thailand, Indonesia, Myanmar, China and India. She finally settled in New York where she raised two daughters with her husband (who also grew up all over the world). As a child, she adored and devoured books but did not enjoy writing. At all.

As a grown up, she is a forever kindergarten teacher and mom. She still adores and devours books. But now, she likes to write!

Awards
I do not have any honors or awards – yet 🙂 Maybe by next May, I will – one can dream!

1. I speak five languages
2. I drank yak milk in Tibet (not my favorite)
3. I am crazy for composting and know a lot about red wiggler worms 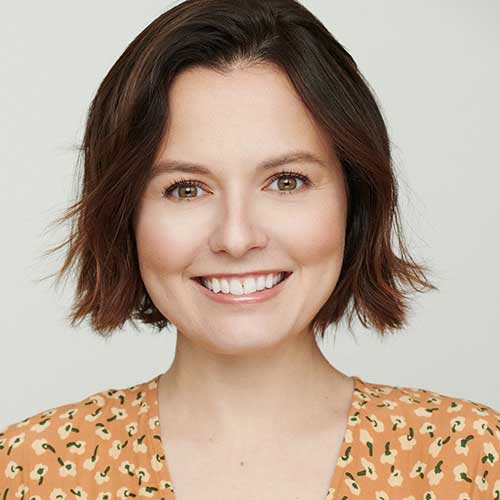 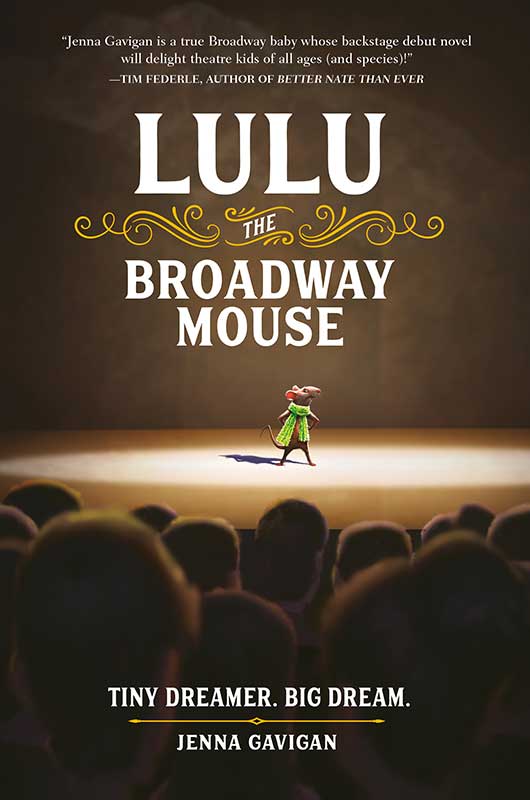 Jenna Gavigan is the author of the middle-grade novels Lulu the Broadway Mouse, and Lulu the Broadway Mouse: The Show Must Go On. As a child, she dreamed of Broadway, and as teenager, she made her Broadway debut in Gypsy, opposite Bernadette Peters. Since then, she’s appeared in a handful of films, on a gaggle of television shows, and on stages east and west. Also a producer, Jenna won her first Tony Award in June of 2022 as member of the producing team for the Best New Musical A Strange Loop.  Jenna holds a BA in creative writing from Columbia University, where she focused on fiction, television, and screenwriting. Like Lulu, Jenna loves cheese, regularly quotes musicals, and continues to dream of Broadway. Visit her online at iamjennagavigan.com or on Twitter and Instagram @Jenna_Gavigan www.iamjennagavigan.com

1. I went to regular school during the day while performing on Broadway at night.
2. I wrote a picture-book draft of Lulu in a children’s book writing class during my final semester of college.
3. I gave birth to my first child in 2020!! 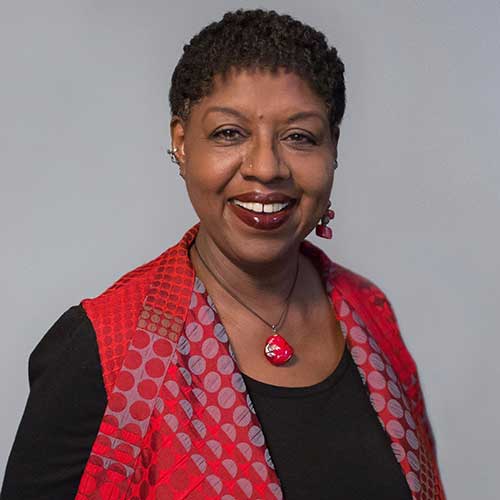 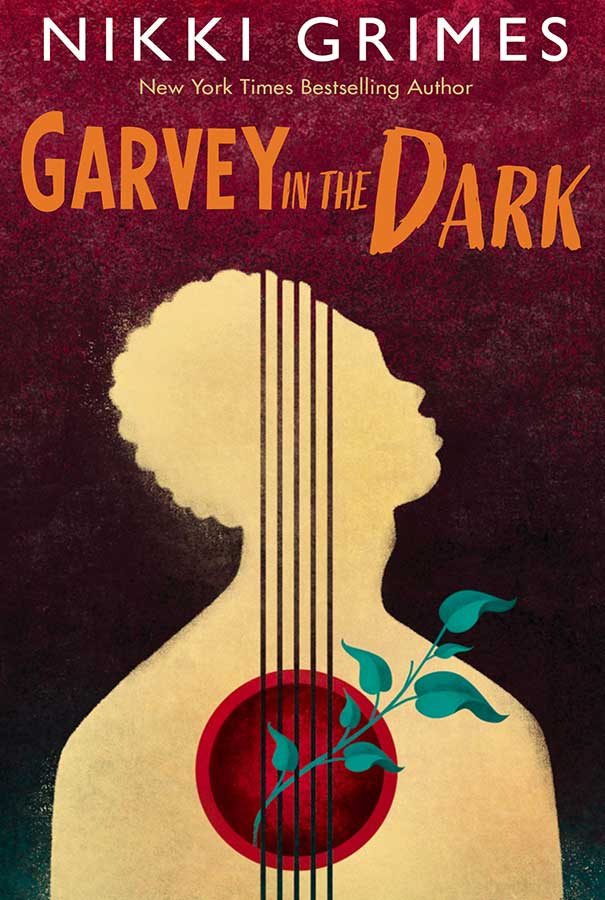 1. Once sang on the stage of the Stockholm Philharmonic in Sweden.
2. In Sweden, I was known as a singer who also wrote.
3. In addition to writing, I also paint. The first time I exhibited my watercolors, I won a blue ribbon. 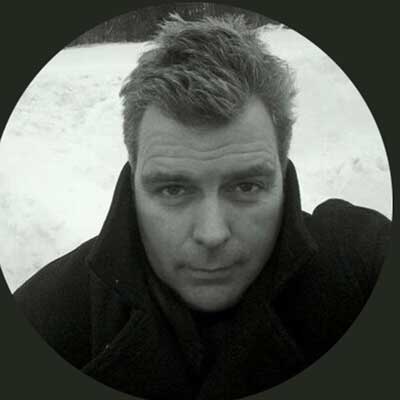 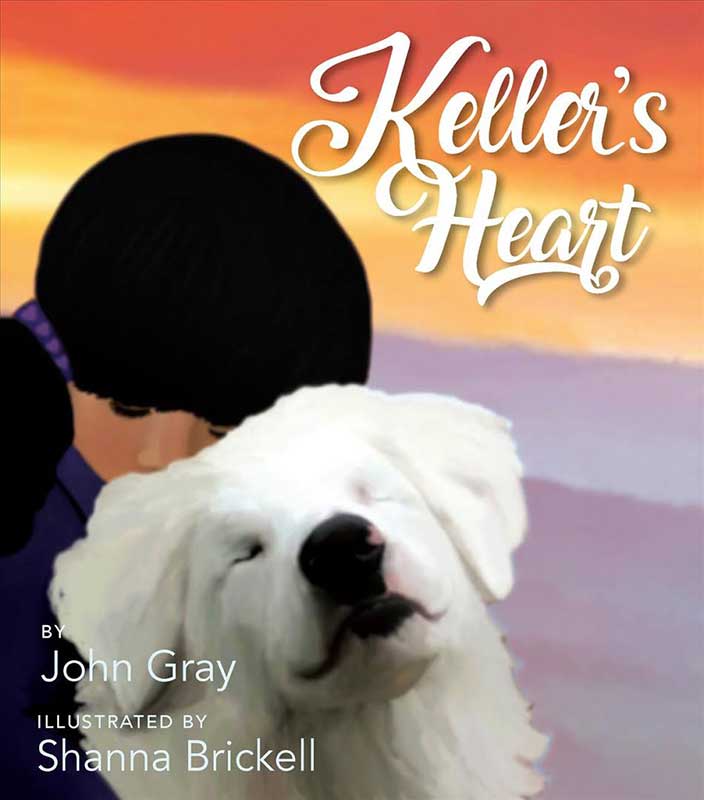 John Gray is an Emmy award winning journalist and writer from upstate New York. Donations from the sales of his first children’s book have helped more than 30 animal shelters all over the country. His new book ‘Keller’s Heart’ is based on his blind and deaf dog Keller. View John’s Facebook page.

1. My children’s books are based on real events from my life. In fact I do have a dog named Keller who is blind and deaf and helps run our household.
2. For 20 years I have written a weekly column for the very newspaper that I once delivered as a young child in my hometown. Paperboy was my first job.
3. I’m a huge fan of Broadway and have seen RENT 12 times and can sing the entire score without missing a single word. 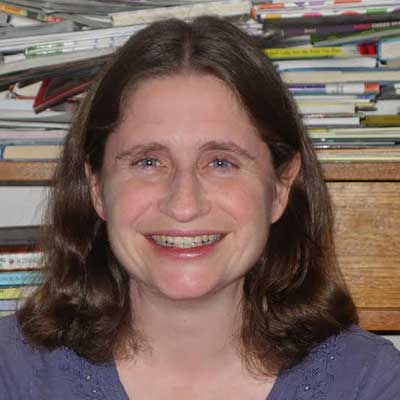 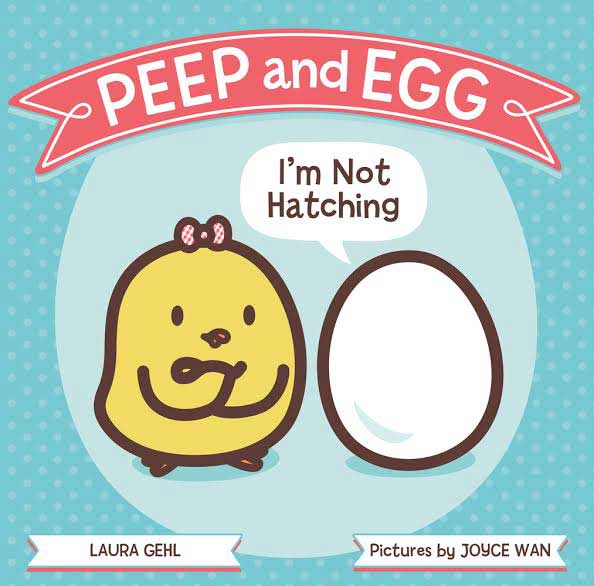 Laura Gehl is the author of award- winning picture books, including ONE BIG PAIR OF UNDERWEAR and the PEEP AND EGG series (PEEP AND EGG’s third adventure, I’M NOT TAKING A BATH, releases October 2017). Laura also writes about science for children and adults. She lives in Chevy Chase, MD with her husband and four children. Visit her online at www.lauragehl.com.

1. I love to travel and have visited many different countries, including Australia, Ecuador, Costa Rica, Argentina, Belgium, Morocco, Egypt, and Turkey.
2. Two of my favorite vegetables are ones that a lot of people hate—Brussels sprouts and lima beans. But my other favorite vegetable is chocolate (hey…it comes from a plant, so close enough!)
3. I have four kids, and their names go in alphabetical order from oldest to youngest (We didn’t plan it that way…it just happened!) 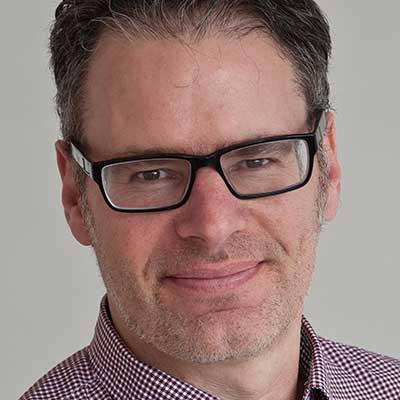 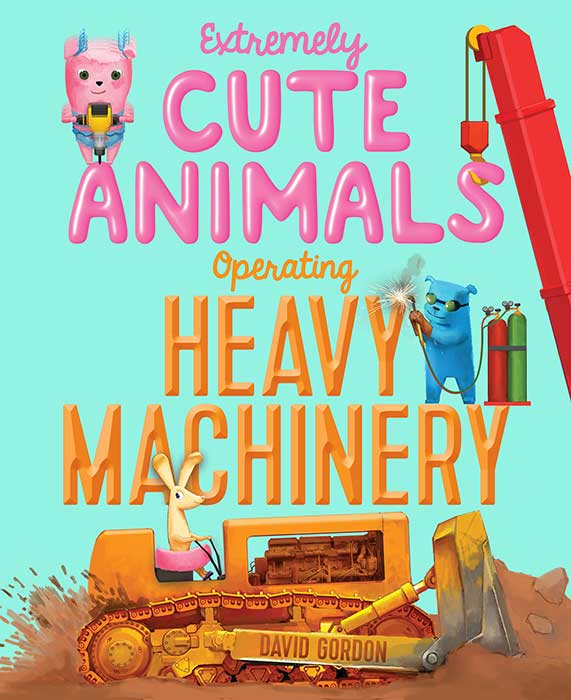 David Gordon has art directed and/or worked on visual development, layout, and character design for numerous production companies from Lucasfilm to Pixar, including such movies as Toy Story, Monsters, Inc., A Bug’s Life, and Cars; BlueSky’s Robots and Nickelodeon’s Spongebob Squarepants. He has also written and illustrated many children’s books, among them Hansel and Diesel, The Three Little Rigs, The Ugly Truckling, and Smitten. He is one of the illustrators of Jon Scieszka’s 52-book, NY Times best-selling series, Trucktown. His newest book is Extremely Cute Animals Operating Heavy Machinery, also a NY Times Bestseller. www.davidgordonbooks.com

1. I LOVE all kinds of machines, especially heavy ones!
2. I started drawing when I was three and never stopped.
3. I’m lactose intolerant. 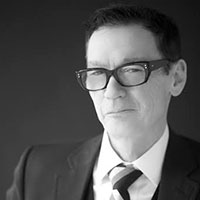 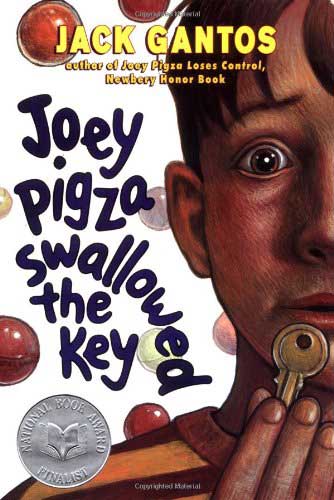 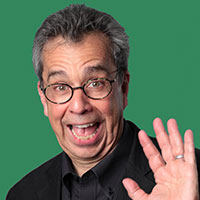 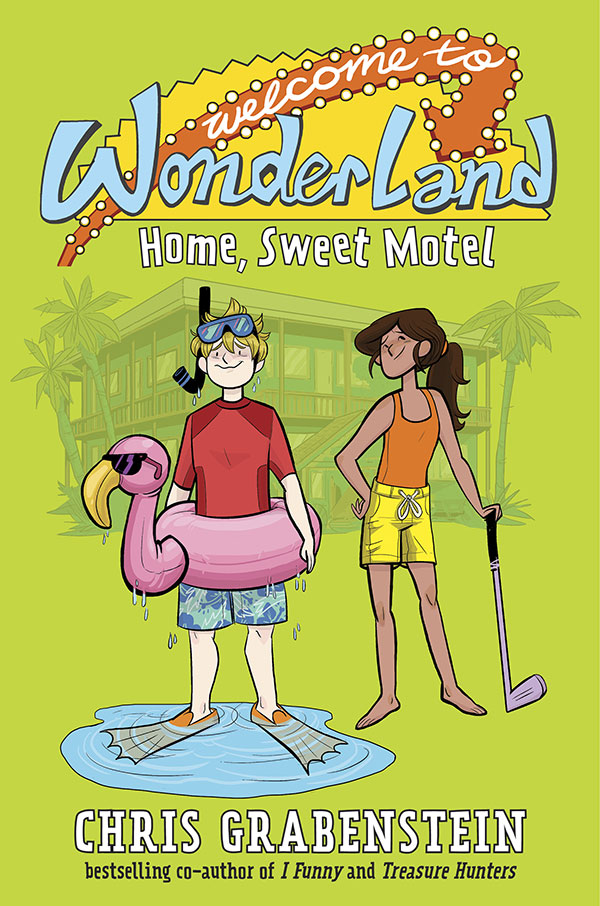 CHRIS GRABENSTEIN is a #1 New York Times bestselling author whose books include the LEMONCELLO LIBRARY series, the WONDERLAND series, and THE ISLAND OF DR. LIBRIS. He is also the coauthor of fun and funny page-turners with James Patterson, including I FUNNY, TREASURE HUNTERS, and WORD OF MOUSE. www.chrisgrabenstein.com

1. Chris used to vacation every summer in St. Petersburg, Florida, the location where WELCOME TO WONDERLAND: HOME SWEET MOTEL takes place.
2. Chris had mice in his first New York City apartment who used to stand on his alarm clock, just like they do in WORD OF MOUSE (coauthored with James Patterson).
3. Escape from Mr. Lemoncello’s Library will be a TV movie on Nickelodeon in the Fall of 2017.