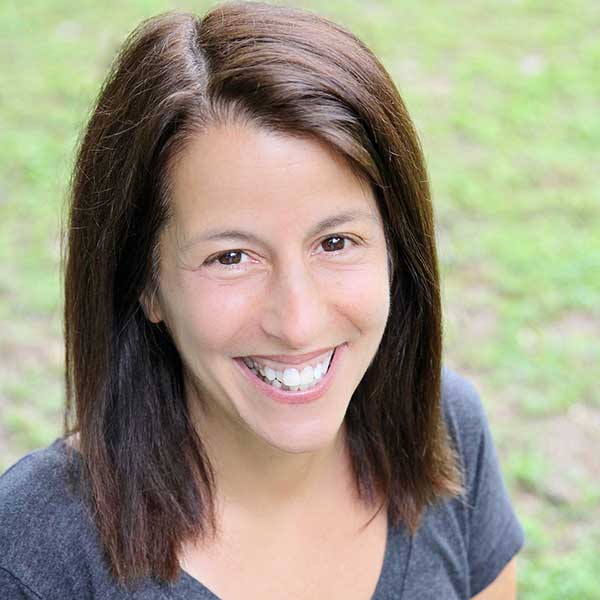 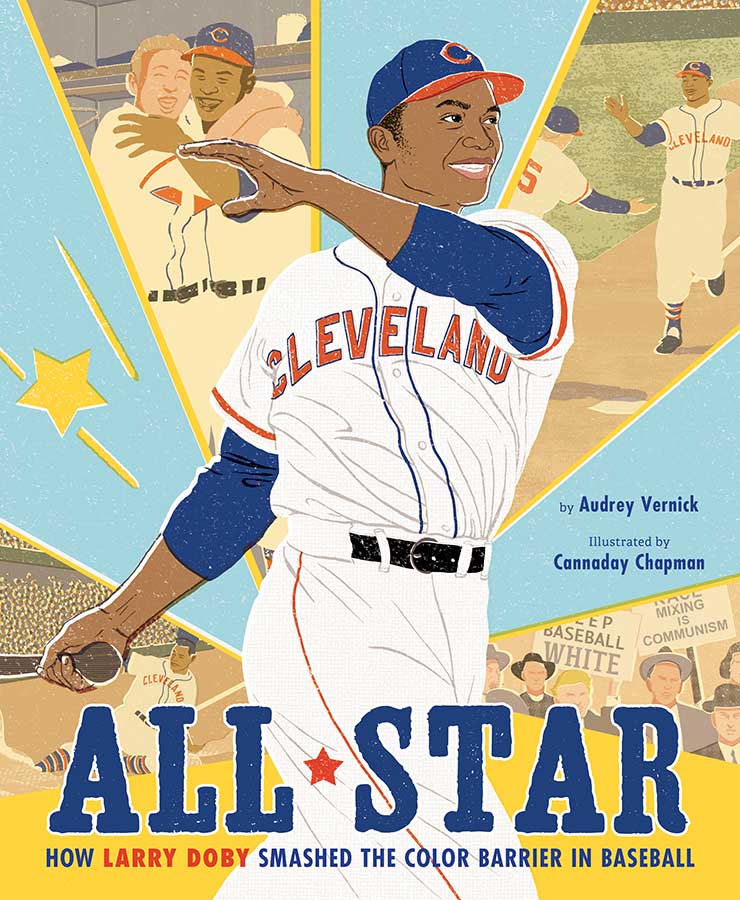 Audrey Vernick writes picture books and middle-grade fiction. Her books include the New York Times Notable Book Brothers at Bat, First Grade Dropout, and Is Your Buffalo Ready for Kindergarten? She has also co-authored five books—three with Liz Garton Scanlon – Five Minutes (That’s a Lot of Time) (No, It’s Not) (Yes, It Is); Bob, Not Bob, and Dear Substitute; as well as Two Naomis and Naomis Too with Olugbemisola Rhuday-Perkovich. A frequent presenter at schools across the country, she lives near the ocean in New Jersey. Visit her at www.audreyvernick.com.

1. Grew up in Queens but is a big Yankee fan. (Sorry, Mets.)
2. She once saw Bruce Springsteen and Derek Jeter within a half-hour period and did not faint but may have screamed like a Beatles girl.
3. Her favorite part of being an adult is that she gets to have a dog. Always. 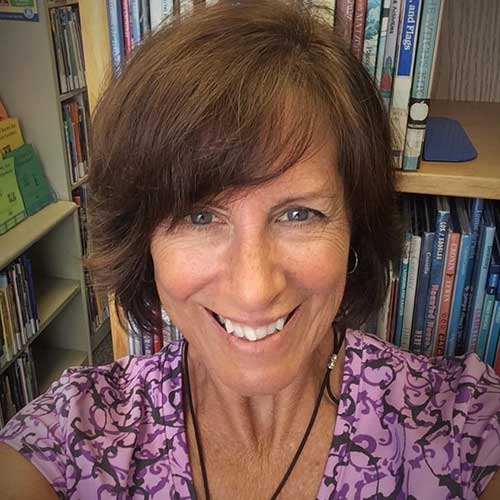 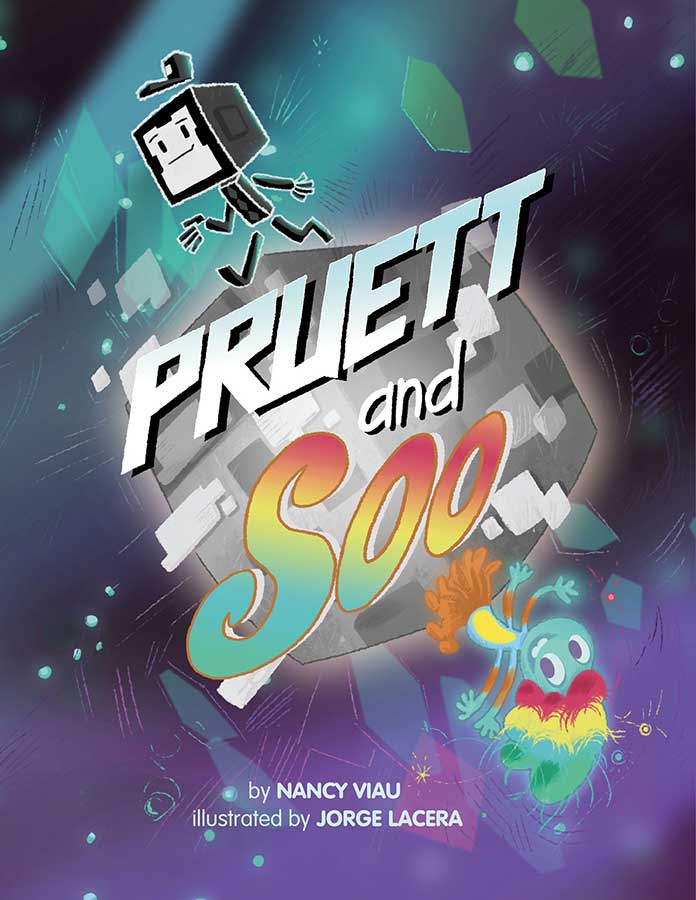 NANCY VIAU is the author of the following picture books: Pruett and Soo, Today Is a Beach Day!, First Snow, City Street Beat, Storm Song, Look What I Can Do! and Splish, Splash! First to Last (Forthcoming 2023). She is also the author of several middle-grade novels, including Samantha Hansen Has Rocks In Her Head, Something Is Bugging Samantha Hansen,Just One Thing! and Beauty and Bernice. A former teacher and librarian, and forever a kid-at-heart, Viau loves to visit schools, libraries, and bookstores across the U.S. to present assembly programs and writing workshops. Connect with Nancy on Twitter or Instagram: @NancyViau1 or on: NancyViau.com.

1. I hiked up an active volcano in Guatemala and hiked down in TOTAL DARKNESS.
2. I once tried to break into the principal’s van—he had the EXACT same one and I thought it was mine!
3. My dreams are like adventure movies and if a dream is boring or I’m scared, I can change it immediately. 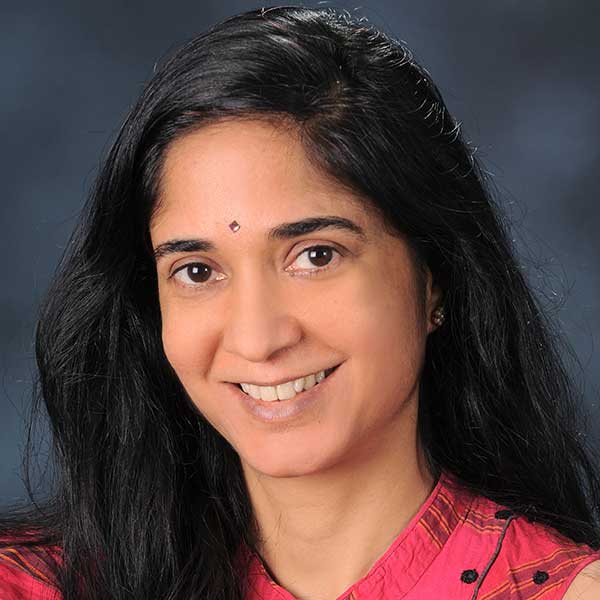 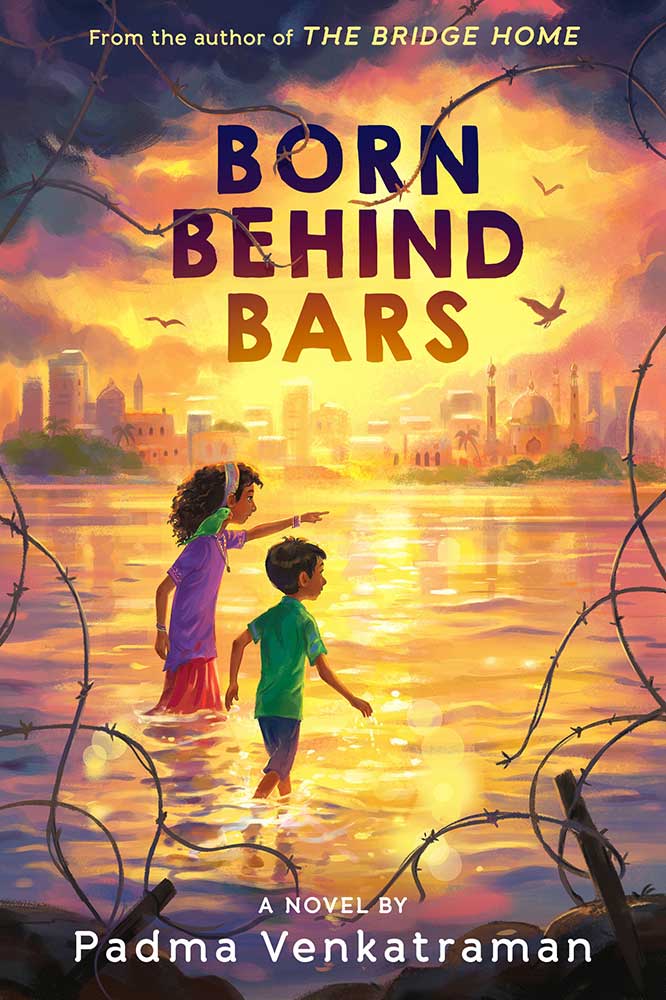 Padma Venkatraman is the author of BORN BEHIND BARS (Nancy Paulsen Books, Penguin Random House) as well as THE BRIDGE HOME, A TIME TO DANCE, ISLAND’S END and CLIMBING THE STAIRS. Her novels have been shortlisted for over 20 state awards, received over 20 starred reviews, appeared on numerous best book lists, such as the ALA Notable, NYPL Best Book, Kirkus Best Book, Booklist editor’s Choice and Junior Library Guild selection. Her poetry has been published in Poetry magazine and elsewhere. When she’s not writing, she loves speaking to others about her love for books and her passion for diversity, equity and inclusion and has presented keynote addresses, conducted writing workshops and attended festivals and conferences around the world. Arrange for a visit via  https://theauthorvillage.com/presenters/padma-venkatraman/; follow her on twitter (@padmatv); (@venkatraman.padma) on fb and ig.
www.padmavenkatraman.com

1. Before becoming an American, Dr. Venkatraman spent time under the ocean and in rainforests, served as chief scientist on oceanographic research vessels where she was the only BIPOC female.
2. Padma Venkatraman also worked previously as a teacher and diversity director.
3. She was born in India and moved abroad on her very own, at the age of 19. 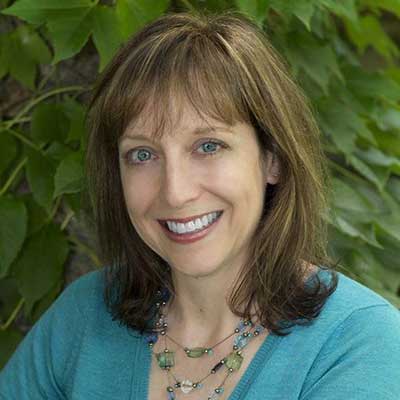 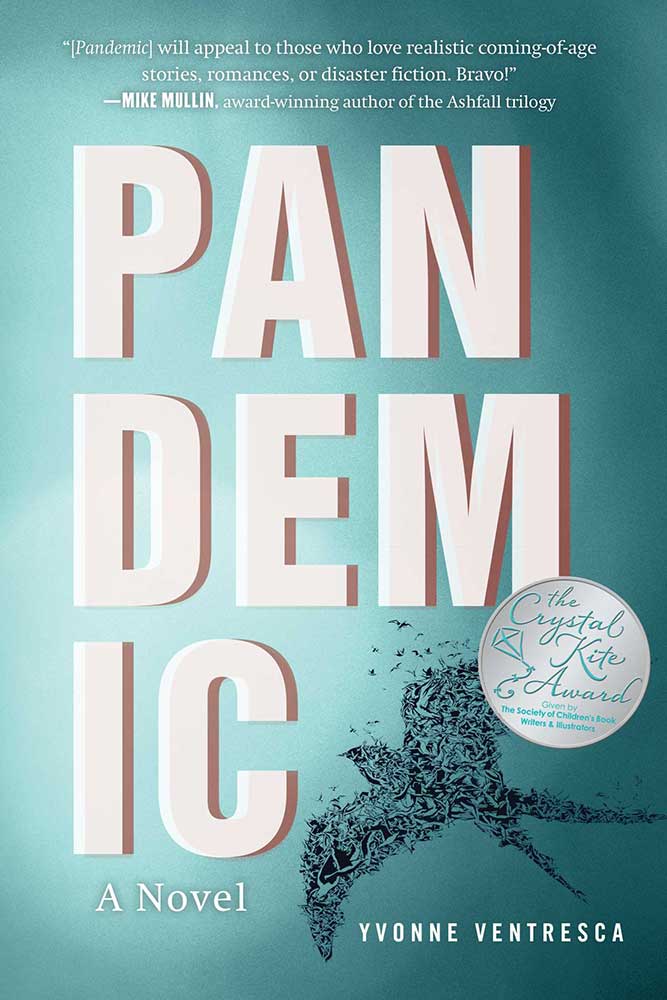 Yvonne Ventresca is the award-winning author of two young adult suspense novels: Black Flowers, White Lies (a psychological thriller) and Pandemic (about teens surviving a deadly illness that strikes our contemporary world). Her latest fiction, The Third Ghost, was selected as the title story for the middle grade adventure anthology, Voyagers: The Third Ghost. Yvonne’s other work includes two nonfiction books and several additional short stories selected for anthologies. You can learn more at YvonneVentresca.com, where she also features resources for teen writers.

1. I’m a Yondan (fourth degree) Black Belt in Isshinryu Karate.
2. Purple pens are my favorite for editing my stories.
3. My family rescued a “schneagle” —a part-Beagle, part-Schnauzer dog named Luna. 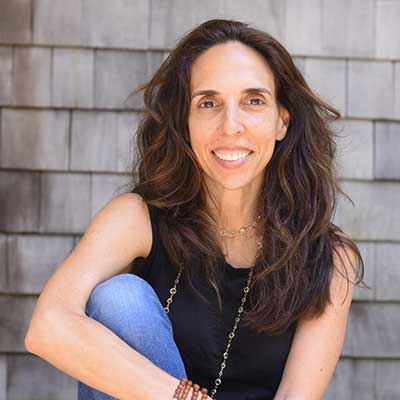 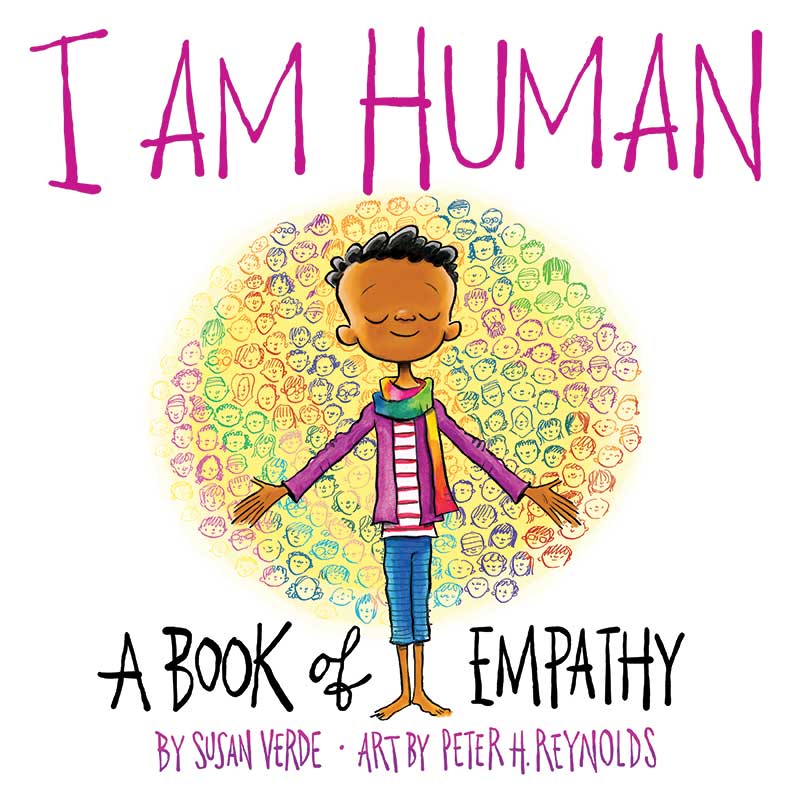 Susan Verde is a #1 New York Times bestselling author. Her books include The Museum, You and Me, I Am Yoga, I Am Peace, My Kicks and Rock N Roll Soul. A certified yoga and wellness instructor, she lives in East Hampton, New York with her family. Find out more at www.susanverde.com

1. I am a mother of 3 teens
2. My favorite picture book Is The Snowy Day by Ezra Jack Keats
3. I have a pet tarantula 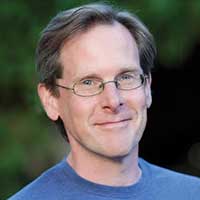 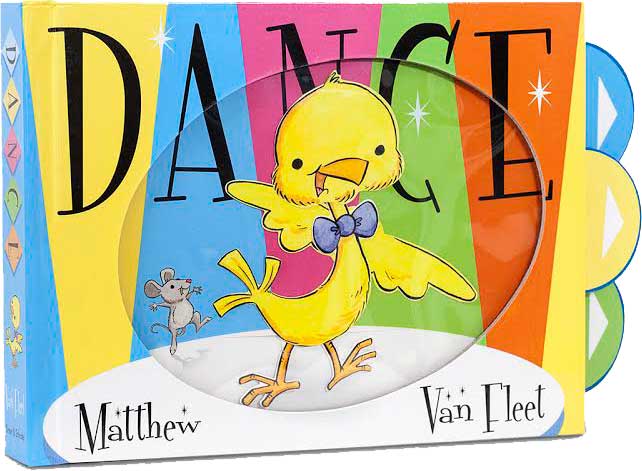 Matthew Van Fleet’s innovative books have been introducing children to basic concepts for over twenty years. His unique formats invite toddlers to touch, press, pull, lift and even sniff as they explore colors, shapes, numbers, letters, opposites and more.